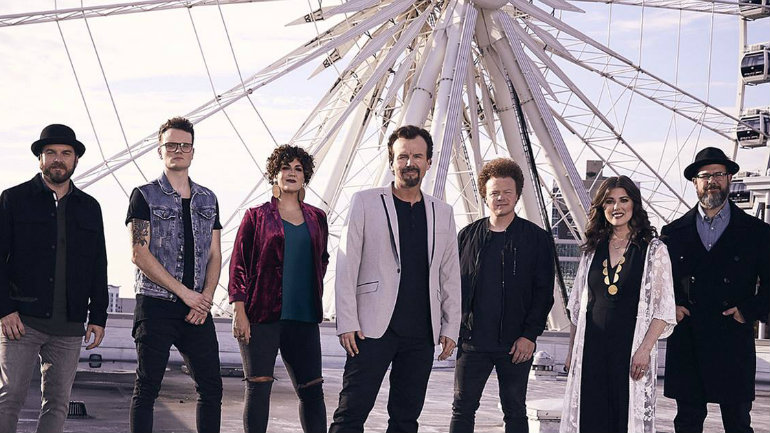 Casting Crowns has announced plans to extend its widely popular Only Jesus Tour this fall, following a successful 37-city spring run which included multiple sell-outs in arenas across the country.

We are so excited to announce the fall leg of the ONLY JESUS TOUR! This time we are bringing along Kari Jobe, Cody…

Zach Williams was awarded the official plaques certifying two of his singles as RIAA Gold. Both “Old Church Choir” and “Fear Is A Liar” are on his Grammy award winning album, Chain Breaker.

Congratulations, Zach, on receiving your third gold certification for "Old Church Choir" and "Fear Is A Liar"!!

Your entire team is honored to work with you – and we celebrate these incredible achievements with you!

On the heels of the history-making #1 album, United, Christian music supergroup Newsboys United will return to the road this fall for the Greatness Of Our God Tour. Newsboys United have played more than 150 shows together since reuniting in 2018.

Greatness of our God tour is happening this fall. Check https://t.co/inHlLxKMbW for dates and tickets. More dates to come!
What city do you want to see Newsboys United, @ryansmusic , @adamagee and @kevinmax?#NewsboysUnited #GreatnessofOurGodTour pic.twitter.com/qSLdCth08L